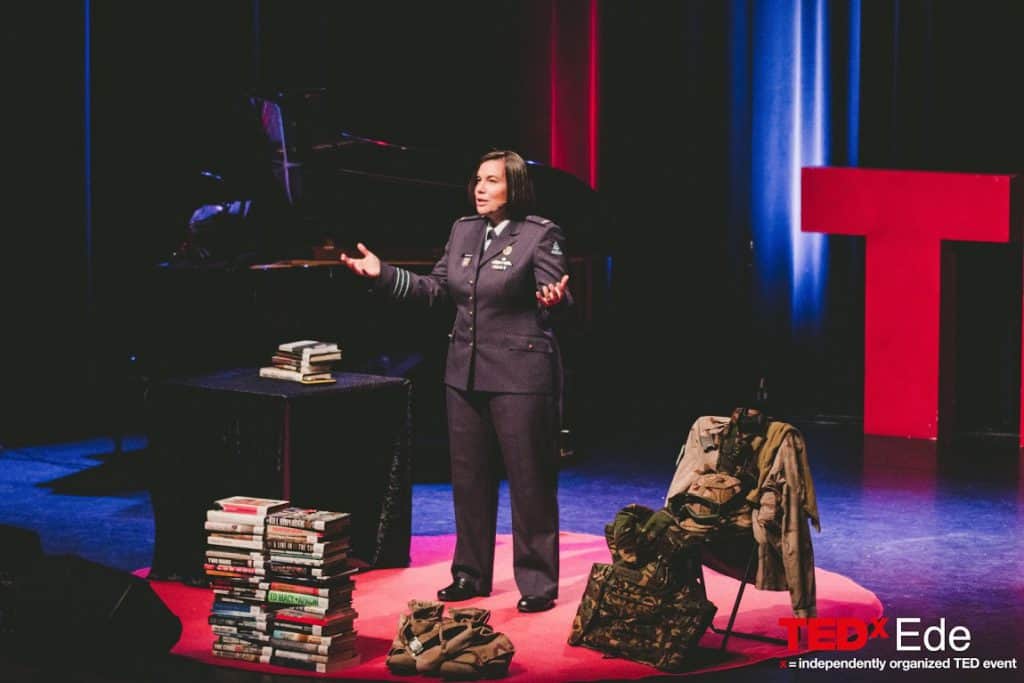 In 2006, I went to Afghanistan. I was NATO’s head of air transport planning for the  ISAF mission, the International Security Assistance Force. When I came back, I had been transformed. But not in a very good way.  I was rather angry and irritated, suddenly spending a fortune on speeding tickets.  I was startled by loud noises and slept very lightly. I remember one night waking up to what sounded like shooting outside. It was a frightening experience: I couldn’t find my bullet proof vest, or my weapon, or even my clothes. And then there was this hairy, male hand that was touching me saying ‘everything is all right, don’t worry’. It took me quite some time to realize that it was my husband comforting me, in my own bed, safe in the Netherlands.

Maybe you’re asking yourself, why is she so touchy? Well, let me take you back to Afghanistan. I was working in the capital Kabul. The mission headquarters. Kabul is at 1800 meters altitude, but it is still in a valley. It is surrounded by high mountains with perennial snow. The Himalayas. Every night we went to bed, we knew that the enemy, whomever that may be, might choose this night to go up to those mountains and fire rocket propelled grenades at our camp. Again. So every night I went to bed, I would put my clothes out like this. Boots still in the trousers, bullet proof vest next to it so I could leave for the bunker within 20 seconds after the alarm went off.  A state of high alert that didn’t magically wear off the moment I returned to the Netherlands.

It wasn’t unexpected. In  mission preparation we  were told that when we came back, we might feel weird, and you’d have to readjust. But I wondered: How many others have this? And nobody I asked at the time could tell me. Even though we get extensively debriefed after a mission. We didn’t even have a name for this returning-home-blues.

The broader question whether  war affect soldiers is very important if you consider how many lives it concerns. Just to the war in Afghanistan in the last 15 years hundreds of thousands of soldiers  have been deployed. So as a scientist, specialized in military memoirs, I was intrigued.

I started reading up on what other researchers had to say about it. Immediately, Paul Fussell’s name popped up. In 1975, Fussell wrote a classic study about the experiences of World War One soldiers. These young men went into the war with the romantic notion that war would transform them into real men, even heroes. Instead, this war turned out to be awful: life in the trenches, the fear of poison gas, the constant nearness of death & destruction. This war turned men into victims, instead of heroes. Fussell concluded that modern, 20th century soldiers write about disillusionment, because of the atrocities of modern warfare. Other researchers agreed with him.

Then in 2008, more than 30 years after Fussell, comes Yuval N. Harari. And Harari disagrees. He says, it is not that these modern wars are so particularly awful. No, what it is, is that modern people, including modern soldiers, expect life to bring them something, that life has to be a series of experiences. And war is the Ultimate Experience . And such an Ultimate Experience CAN lead to disillusionment, (I had high expectations of this experience, and those expectations didn’t come true). But it could also mean, Harari says, right the opposite. These are growth stories: war has turned them from a naive young man or woman into a mature person. Not so much a hero, but someone who has grown for his or her experiences.

So both Harari and Fussell agree that war changes soldiers. They disagree on whether that is an exclusively negative change (Fussell), or can also be a positive one (Harari). But who is right? And if Harari is right, what is the ratio between positive and negative stories? Harari himself doesn’t know.

Now definitely intrigued, I decided to test their claims. Having written a military autobiography about my own experiences in Afghanistan, I decided to study every military  Afghanistan memoir I could find and read from five countries: The United States, the United Kingdom, Germany, Canada and, of course, the Netherlands. 54 in total, published up to 2010.

So Harari was right. It is not only disillusionment that soldiers experience when they come back from a war, there are also lots of them who have other experiences, such as experiences of growth.

And what about my symptoms, the returning-home-blues?  Could they be found in these books? They looked a bit like PTSD: Post Traumatic Stress Disorder. PTSD was characterized at the time by three things:

You need 6 of these symptoms for it to be PTSD. I had only one: hyperarousal. So I did not have PTSD. But of the books I researched, one out of nine was written by soldiers diagnosed with PTSD.

Then I found a scientist, Louise Weibull,  who actually had a name for returning home blues: Post Deployment Disorientation. I love that term: you come back: Post, from a Deployment and you feel Disoriented. Even Swedish soldiers who had been on a very peaceful mission, where nothing out of the ordinary happened, say no nightly risk of rocket propelled grenades, even they had it. So I looked through the books for this Post Deployment Disorientation: it looks like a feeling of alienation, but also looked a bit like the PTSD symptoms.

And all these symptoms turned out to be described extensively. British soldiers, like Dutch soldiers are warned about it , writes Doug Beattie:

You are told your mood will change without warning. You will get angry, sad, depressed, resentful and you won’t know why. You might start drinking too much, driving too aggressively, arguing unnecessarily, picking fights for no good reason.

I thought, yeah, that sounds familiar. When I came home I was no longer able to limit myself to driving  100 km/h on motorways. I could sacrifice my life in Afghanistan, but couldn’t drive 120? Hence the speeding tickets.

Dutch infantryman Niels Roelen describes alienation (he writes in third person, and in Dutch, so I’ll give you my translation):

The first few days he was just happy to be home and mainly very tired. Now that mist has slowly dissipated and its hard on him. He doesn’t feel right at home in the Netherlands yet; he is more silent than usual and often seems to have his mind on other things.

And I also found the PTSD-like symptoms in many books. Like my hyperarousal. American infantryman Johnny Rico writes:

The fireworks explode like colourful spiders over the Hawaii beach. And I jump. I lean forward from my chair and tap Ryan on the shoulder, “Holy shit! Did you see that?” “What?” Ryan asks. “Check it out” I say. I wait for the next explosion, and my body jumps lightly.

Or re-experiencing. For American pilot Michael Franzak his nightmares started when he came home:

Worse were the dreams about the hospital. Again I was alone, walking through the ICU looking at the bandaged children lying in the hospital beds, wrapped in gauze, missing arms, legs, eyes. … The wounded children just stared at me, expressionless faces….. I looked around for a nurse, a doctor – someone-  but there wasn’t anyone.

A beautiful example of  the third PTSD symptom, avoiding & numbing, is given by German paratrooper Robert Eckhold (once again in my translation):

I couldn’t understand why after such a short period of time I wasn’t the same person I was before the deployment, and I withdrew more and more, also because I felt unrecognized. Friendships and my relationship with my partner broke up, as I was no longer interested in maintaining them.

So I was very relieved to see that I was not the only one who experienced Post Deployment Disorientation. In half of the books that not only describe the mission in Afghanistan, but also the home coming, at least one of these symptoms is described. They are very common.

So, by now it should be clear that the conclusion is that war definitely affects soldiers. It can be in a negative way, but definitely also in a positive way.

For me personally: I no longer have any problems. As expected, the Post Deployment Disorientation went away. I can now hear loud noises without feeling startled, and I get no more speeding tickets, though I must confess to two parking tickets, lately.

So I was transformed back again.

But not entirely. As you may have  understood by now, books are the art form that I’m in love with. Paintings have never been able to touch me. Until, after my deployment, I saw this painting by Stef Fridael. It shocked me. Like the books of the soldier-authors I have researched, it’s a self-portrait of a soldier who has been to Afghanistan and who has been changed.

Having heard all this, what should you do with this information? Should you have pity on soldiers? Nah. Professional soldiers know that war may change them. So please do not pity us. But do provide us with appreciation of the work we do, providing security and stability in unstable parts of the world, because that is what we crave: your recognition. 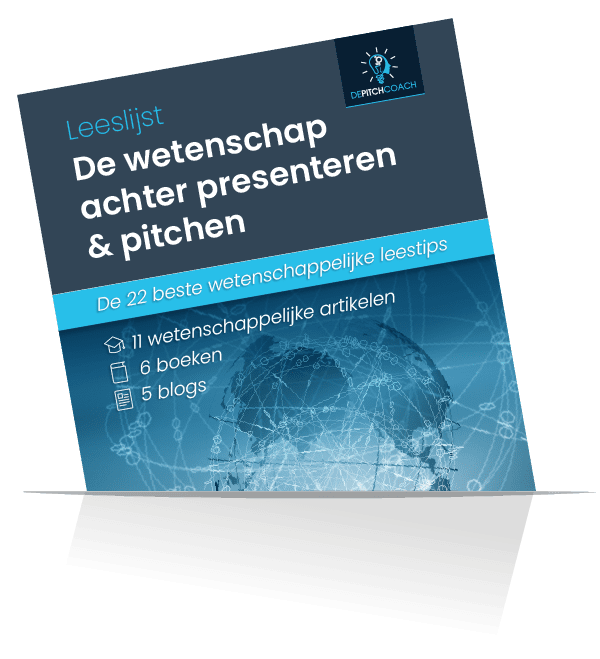